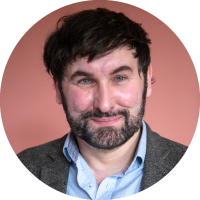 Simon is a registered member of BACP and FDAP (Federation for Drug and Alcohol Practitioners) and works as the Senior Therapist on the Addiction Treatment Programme at The Priory Hospital North London where he provides individual and group therapy for behavioural and substance addictions. He also has a private practise specialising in Out of Control Sexual Behaviours.

He is trained to work with individuals, couples and groups and has a pluralistic approach utilising Gestalt Therapy, Transpersonal Therapy and DBT.

Previously he has held various roles in addiction treatment centres, rehabs and in the community with clients who have a history of sexual offending or a dual diagnosis of personality disorder and addiction.

He has designed and delivered CPD for various counselling organisations and prior to training as a therapist he held Learning and Development, Coaching and Management roles in the corporate sector. 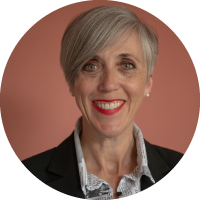 Julie is a UKCP Registered and Accredited general psychotherapist,  COSRT Senior Accredited Sex and Relationship Therapist and COSRT Accredited Clinical Supervisor. Julie currently represents COSRT on the national Coalition Against Conversion Therapy group, working towards establishing standards of education and practice in gender, sexual and relationship diversity in the health professions across the UK.

Julie has extensive experience working with sex and relationship themes both in the NHS and in private practice. She is Clinical Director of Sex Therapy Herts and has a busy private therapy and supervision practice. Julie is a Pink Therapy endorsed GSRD Aware Trainer. 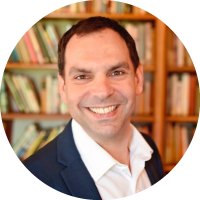 Silva specialises in working with sexual trauma, infidelity and compulsive sexual behaviours. He works extensively with the LGBTQ community as well as the heterosexual population.

Silva delivers a range of trainings on psychosexual and relationship therapy, trauma therapy and compulsive sexual behaviour treatment. He is an accreditation assessor for COSRT.

Silva often contributes to articles on various sex and relationship topics and recently featured in the BBC programme Sex On The Couch.

Silva is the author of Compulsive Sexual Behaviours. A Psychosexual Treatment Guide for Clinicians. He often contributes to articles on various sex and relationship topics and recently featured in the BBC programme Sex On The Couch.

CICS brings together specialists in the field of clinical sexology to teach the Diploma syllabus, ensuring that specific aspects of the course are lead by a professional with extensive experience in that particular field. 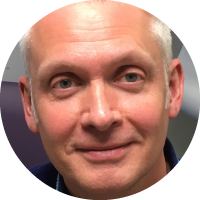 Tim Blackstone is a Liverpool based COSRT Accredited Psychosexual Therapist.  Working for the Abacus Sexual Health Service, part of the Mersey Care NHS Foundation Trust, he sees patients with a wide range of sexual dysfunctions and relationship problems. He also set up and co-ordinates the Liverpool, Sefton and Knowsley Trans Support Service (TSS) for patients with gender related issues. He was a founder member of the So To Speak Sex and Relationship Education and Outreach Team and has delivered SRE to vulnerable young people across Merseyside for over 18 years. He also writes and delivers SRE training packages to professionals working in educational and care settings. Having previously been on the board of trustees for the Merseyside Brook Advisory Service, he now holds a similar role with COSRT. 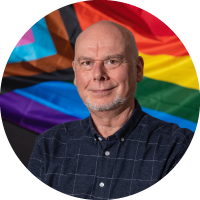 Dominic Davies is the Founder of Pink Therapy. He has been in practice as a psychotherapist, clinical sexologist and clinical supervisor for almost forty years, pioneering in the UK the development of working with Gender, Sex and Relationship Diversities (GSRD) as a new specialist field of clinical practice. Dominic adopts a norm-critical, kink-knowledgable and sex-positive stance to his work.

Dominic is a Fellow of both the National Council for Psychotherapy and the National Counselling Society. He directs an international training programme for qualified mental health professionals in GSRD therapy worldwide and regularly presents at national and international conferences on the importance of specialised training to work with GSRD clients. He has won several awards for his work in sexual freedom and mental health. 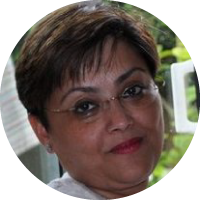 Rima is a COSRT accredited and UKCP registered Relationship and Psychosexual psychotherapist. She works with individuals and intimate and non intimate couples. Rima is a qualified clinical supervisor and supervises privately for trainees, qualified therapists and for Relate. Rima is an executive committee member of the College for Sexual & Relationship Psychotherapy (CSRP), UKCP.

During the 24 years career in the NHS, Rima has worked in sexual and reproductive health, NHS commissioning and in senior management. She was sponsored by the NHS to undertake the MBA programme with the DeMontfort University. She was seconded to the Department of Health and the Home Office to develop the national roll out for the Sexual Assault Referral Centres (SARC) following successfully leading the pilot in London (SARC - Havens). She received commendation from the Asst Commissioner of London Metropolitan Police for this work. 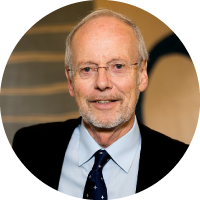 He held two cardiology sessions at the local District General Hospital throughout his GP career, and provided an echocardiography service for the local practices.

Since 2007 and currently, his clinical work is at The Prostate Centre in London, where he deals with complex medical problems.

Professor Kirby is an Associate Member of the British Association of Urological Surgeons and a Fellow of the Royal College of Physicians. He has been an active member of the Department of Health Prostate Cancer Risk Management Working Party and the Prostate Cancer Advisory Group, also, advisor to the Sexual Dysfunction Association.  He is a longstanding member and treasurer of the British Society of Sexual Medicine. 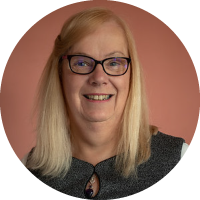 Kirstie is a registered member of BACP and a Pink Therapy Accredited Gender, Sex and Relationship Diversities Therapist. Kirstie works as both a general counsellor and a specialist psychosexual psychotherapist in private practice.

Before training in counselling, Kirstie spent 32 years in the construction and development industry as a Project Manager and Health and Safety advisor/trainer. She owned and ran her own consultancy for five years before joining a medium-sized architectural practice, achieving the position of Regional and Main Board Director.

Kirstie describes spending most of her life feeling incomplete. She knew that, in living the life of a man, she was not being true either to herself or to her family. She started her journey of transition when she was 50 and completed this five years later. She now lives a happy and fulfilling life. It was her own experiences during the process of transition which drew her to therapy as a new profession; one which she has fully embraced.

As part of her therapeutic healing she wrote her autobiography “Just One Letter”, which was published in November 2011.

She has a special interest in gender and sexual diversity, a topic which is close to her heart in relation to her own individual journey in life. 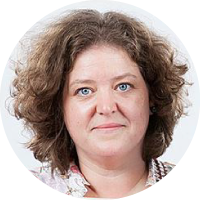 Tracey Sainsbury is a fertility counsellor accredited by the British Infertility Counselling Association, providing counselling for support and implications counselling ahead of treatment for patients and donors. She is a member of the Advisory Panel for Fertility Network UK, and designs and facilitates training in fertility for the College of Sexual and Relationship Therapists. Her first book, ‘Making Friends with your Fertility’ was published in October 2017 and she has a chapter on Egg Freezing included in ‘The Specialists’ Guide to IVF’, due for publication in 2018.

Tracey has over 15 years’ experience in the fertility sector, speaking regularly at conferences, both for professional and public audiences and is a regular contributor to fertility podcasts. Prior to working within a clinic setting she worked with fertility charities and on committees for the HFEA, Fertility Network and the National Infertility Awareness Campaign and served on the Executive Committee of the British Infertility Counselling Association for 4 years.

Tracey feels passionately about the provision of exceptional care for patients making fertility related decisions and accessing assisted conception treatment, she believes that getting it right for the patient in terms of support, from the moment they step foot through to the door, makes sound business sense. 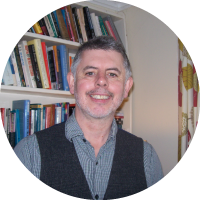 Dr Andrew Smith has worked in the area of sex offending as an expert witness for twelve years, first with Ray Wyre Associates, then with the Lucy Faithfull Foundation from 2006 until 2015. He was awarded a PhD by Cardiff University in 2010 for research on strengths-based approaches to sex offending, and is a regular contributor to journals and books.

He is a qualified probation officer and counsellor, a registered member of the BACP and a member of ATSAC (Association for the Treatment of Sexual Addiction and Compulsivity). He works on a consultancy basis for social services departments throughout the UK, assessing persons posing a sexual risk and the ability of parents to protect children from risk, delivering therapeutic safeguarding packages to individuals and families. In addition, he regularly trains counsellors and therapists to work with individuals posing a sexual risk, for StopSO (Specialist Treatment Organisation for the Prevention of Sexual Offending).

He has his own counselling and training practice, SafeRelate, maintaining a dual client base of individuals who have sexual offending problems and clients who present with sexual addiction and compulsivity difficulties.

The CICS Diploma in Clinical Sexology incorporates the foundation training required to work as a StopSo therapist. 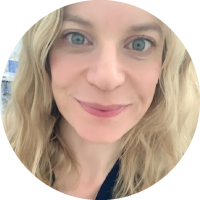 Angela is a GP, British Menopause Society trained Advanced Menopause Specialist and Clinical Sexologist. She has a background in Palliative Medicine and spent over ten years working in a hospice, involved in both inpatient and community care of the dying and those living with life-limiting illnesses. This gave her plenty of chance to practice her skills in having difficult conversations, and to learn the value of a holistic, bio-psycho-social approach to problems.

Having become frustrated at not having the right skills to help patients who were struggling with sexual dysfunction as a result of their medical issues, she trained in Clinical Sexology with CICS. She enjoyed the subject so much that she went on to attend the ESSM Advanced School of Sexual Medicine. She is now a Fellow of the European Committee of Sexual Medicine. Angela is also a member of the Institute of Psychosexual Medicine and the National Association for Premenstrual Syndromes.

Angela currently spends half her week working in her surgery in North Yorkshire, taking a lead on women’s health and sexual health. She also works in an NHS clinic in Hull, taking referrals for women with complex menopause problems, premenstrual dysphoric disorder and sexual dysfunction. 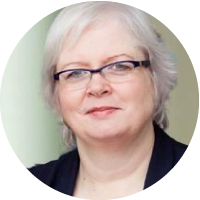 Hazel is a specialist in Divorce and Family Law. For some 40 years, she worked as a solicitor, gaining accreditations and regularly named as a leading lawyer in numerous journals and guides. She was an early adopter of and advocate for working in a collaborative way, with a commitment not to take a case to court. For the last 30 years she has also worked as an accredited mediator.

She gained considerable experience in advising people whose relationships had broken down. Her main work was in financial disputes, or where there were issues relating to children. Many of her clients had international connections in jurisdictions where quite different laws might apply.

Professionally, her aim was to try to sort matters out without going to court, always mindful of the impact of such proceedings on adults and children. In pursuit of that goal, she worked increasingly closely with colleagues in relevant professions to form teams to support, guide and represent clients. Those included therapists and counsellors, tax barristers and immigration practitioners and many others. In court, she was noted as tenacious and tough, going the extra mile for her clients.

Since her retirement from the law in 2019, she has increased her teaching of private family law, mainly working in the charitable sector. She maintains a small mediation practice.

Can't find what you are looking for? Get in touch with us →